SELF AWARENESS, EVALUATION AND MOTIVATION SYSTEM

ENHANCING LEARNING AND INTEGRATION TO PREVENT AND CONTRAST ESL AND NEET

Save 2.0
Communication Resources
SAVE System

According to a recent OECD report “Education at a Glance Interim Report: Update of Employment and Educational Attainment Indicators” of January 2015, Italy is the third among the countries having a high number of young people and adults referable to NEET condition (Not in Employment , Not in Education, Not in Training). In 2013, Greece, Italy, Spain and Turkey were the only countries with more than 30% of young people aged between 20-24 years in this condition. Actually Turkey presents greater rate of NEETs compared to the population, but this is also the only one among the mentioned four countries having decreased, between 2005 and 2013, the rate of this phenomenon, from 50% in 2005 down to 36% in 2013.

At European level, this situation has been addressed by starting the Initiative for Youth Employment, as a result of the proposal from the Commission and a high-level political invitation of the European Council in February 2013, in order to address the unprecedented levels of youth unemployment in some regions of the European Union (EU) who particularly are in a difficult situation.

It is precisely within this European and world framework that the SAVE project acts. Self-assessment, enhancement of the communication channels offered by technology, learning personalization strategies are the axes of the SAVE actions, integrated in a System for the prevention of the phenomenon NEET and early school leaving, particularly in the vocational training system.

The structure and the process of the SAVE integrated system was the focus of the seminar (Multiplier Event), organized by educommunity (www.educommunity.it), which was held in Brindisi on 10/09/2015.

Indeed a complex phenomenon as NEET, which originates from structural factors as well as from contingent factors, can be effectively addressed through an integrated strategy and an integrated system.

The system and net integration perspective was actually represented by stakeholders who took part to the event. Among the others, the regional representative of schools for Puglia region (USR Puglia), head teachers, from schools and Vocational training Centres, trainers, teachers, vocational education practitioners, experts from several provinces of Puglia.

The process, supported by the SAVE system, is aimed at creating a digital portfolio of skills. 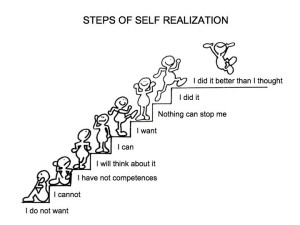 However, the portfolio is a result of a self- reflection process driven in a motivational scale that helps to overcome the obstacles typical of children at risk of becoming NEET.

Environments and functions of the SAVE system reflect the steps of the self-realization scale through the following sections:

– My personal plan for growth

The event was hosted by IISS Majorana, associate partner of the SAVE project, leader of a national network of schools, testimonial of practices of excellence in the use of technologies and to combat the phenomenon of early school leaving.

The active involvement of IISS Majorana Brindisi helped to achieve the aims of the multiplier event, helping to reach, both at local and national levels, the target fully represented by CIOFS / FP, Leader of SAVE, actively taking part to the event with their representatives operating on the territory of the Region of Puglia. Some members of the AID (Association of Graduate Teachers), as well associated partner of the Project, attended the seminar.

During the event, in several stages, representatives of the educational and training institutions of the territory expressed their interest in taking part to the testing of the SAVE System strategies and tools; to this extent several adhesions were collected.

The event was indeed aimed at showing the Project progress, mainly about the (IO2) Self Awareness Tool and (IO 3) the Digital Portfolio integrated within an early release of the SAVE system, technology enhanced environment, which gathers functional tools to involve young students in a personalized motivational process of empowerment, aimed at preventing early school leaving and the phenomenon of NEET.

Central part of the SAVE System path is represented by internships, joint ring in the chain of exploitation of the skills of young students, as this experience is both planned in vocational training courses and in the experiences of dual training.

This path first of all is based on the skills of trainers, indeed during the event contributions made by the various speakers representatives of the International Council, and of CIOFS/FP, educommunity, IISS Majorana were really relevant by indicating successful practices, possible routes and areas of work in the prevention of the problem of early school leavers and potential NEETs.

Few Key words can summarize the relevant aspects of their speeches: